SAINT LOUIS, MO  --  AVA Digital Awards just announced the online video The Magnepan LRS: A Speaker Odyssey as Gold winner of the category “Marketing: Product, Short Form Web Video (under 3 Minutes),” for the 2021 AVA Digital Awards. The short film is a marketing piece produced by St. Louis-based Mason Communications and was selected from several thousand entries across the world.

The video promotes the audiophile speaker manufacturer’s new product, the LRS speaker, in a tribute to Stanley Kubrick’s 2001: A Space Odyssey. The flat dimensions of the speaker were used as a visual parallel to the monolith that appeared in the original film. The Magnepan LRS speaker is approximately 4 feet tall, 16 inches wide and 1 inch thick. 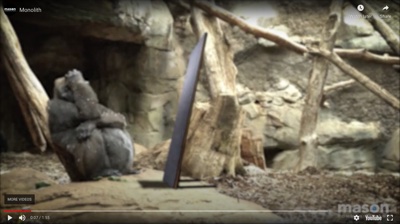 “I am thrilled and humbled by this honor,” said Mason Communications’ founder Joe “Mama” Mason, who wrote and directed this short film. “We had to overcome the issues of not being able to freely shoot during COVID and of significant budgetary restraints, which resulted in a film that had no shooting days, and imagery consisting of stock, 2-D animation, and stills. Working on a piece for such a legendary speaker brand was a personal thrill, and it was great to honor one of my favorite films and classical pieces of music (Also Sprach Zaruthustra).”

Magnepan has manufactured some of the world’s most acclaimed audiophile speakers for over 50 years and is based in White Bear Lake, Minnesota.  Mason Communications is a marketing/advertising firm in Saint Louis, Missouri, that specializes in film, video, web and VR.

The video has over 58,000 online YouTube views and can be seen here: https://tinyurl.com/2021winner